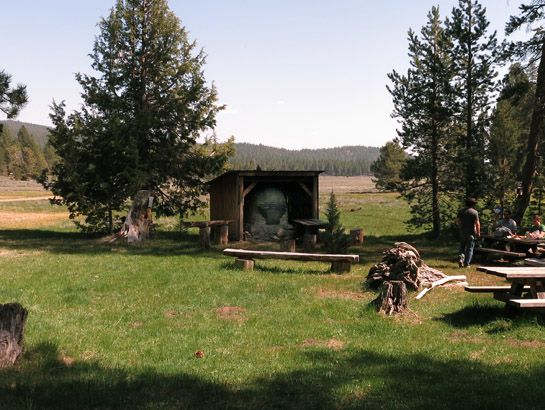 A Basque sheepherders' bread oven sits on the edge of a wilderness meadow called Kyburz Flat, located near Lake Tahoe in California. A beehive-shaped stone and brick bread oven built in 1927 is all that is left of a Basque sheep camp — a relic of the days when Basque immigrants tended sheep in many parts of the American West. Now belonging to the Forest Service, this oven is available for public use. 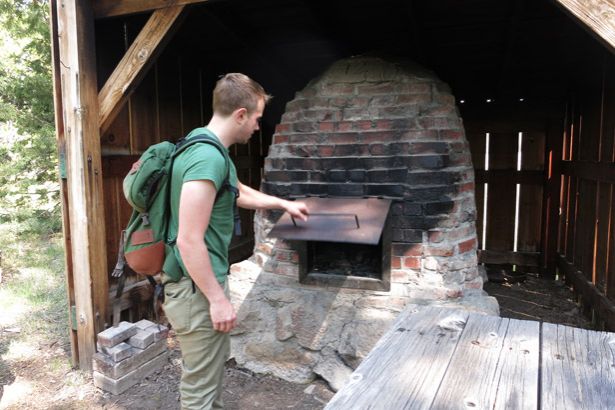 During the early days of the gold rush thousands of Basques moved out to the Sierras and some of them continued their rich history of sheep herding across the land. The land back then functioned more as a commons, for all to live off, and they fit right in as commoners.

Basque bread was among the provisions that tenders such as Eugenio Murillo would take to the sheepherders every five days. While the provisions were essential, the more important commodity the camp tender could offer to the lonely herders was a few moments of human companionship. When the shepherds were too far from a tender they baked bread in a Dutch oven in a hole they dug in the ground. These holes can still be found up in the mountains of Nevada and California. These lidded iron pots were used to protect food from the smoke, ashes and uneven heat of an outdoor hearth.

The Wheeler Sheep Camp, 6,000 feet above sea level once had wooden cabins, barns, corrals and a bathhouse, all built sometime between 1913 and 1958 by Basque immigrants John Martin Gallues and his brother, Felix. The only structures now remaining at the camp are the oven (rebuilt in 1993 by the Center for Basque Studies at the University of Nevada, Reno) and a deteriorated spring house.

Flatbread Society will return in Fall to kick off a collaboration with Sierra Nevada College Art Department. We will invite a constellation of geologists, herders, bakers and astronomers to fire up the oven and dream of an oven to be built for Lake Tahoe. Saying our goodbyes to the meadow, we gazed upon an ancient petroglyph of the Washoe Tribe that reminded us of Swedish Tunnbröd. 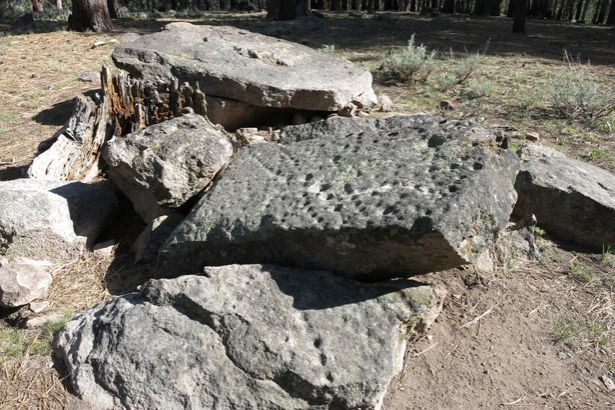 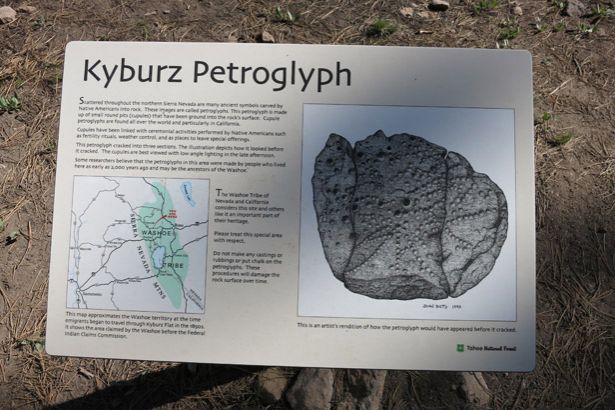 Special thanks to Russell Dudley of Sierra Nevada College and Futurefarmer Ian Cox for an excellent adventure.